How To Fix a Tripped Circuit Breaker: Exploring Repair Options 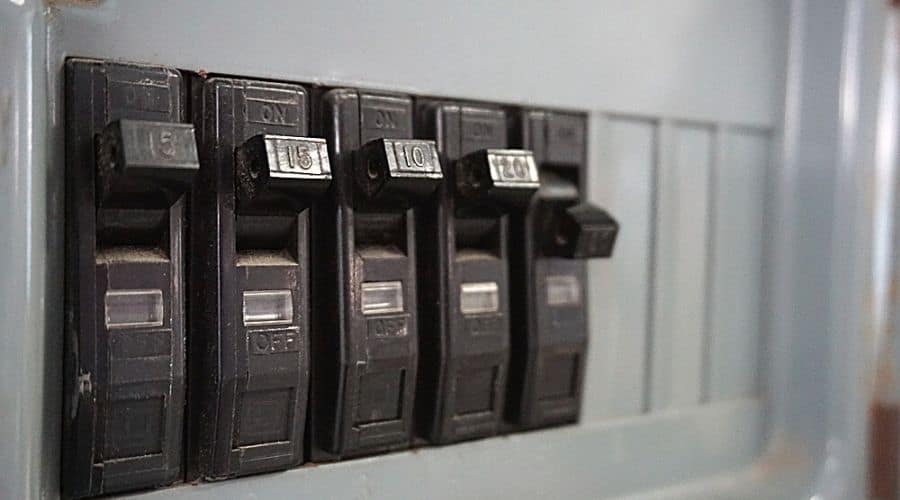 A circuit breaker tripping occasionally is no cause for much of a concern. But if it trips repeatedly, that’s cause for worry.

The circuit breaker is designed to cut the power off if the electrical current flowing through is at a level deemed unsafe, which is when it trips. Once a circuit breaker trips, you cannot use any switches, outlets, or any fixture it serves.

Read on to learn how to fix a circuit breaker after tripping.

What is a Circuit Breaker?

A circuit breaker is an electrical safety device. It’s designed to protect an electrical circuit from damage from a short circuit, ground fault, or overcurrent.

The circuit breaker interrupts current flow when an excessive amount of energy flows. That way, it protects your equipment and prevents the risk of fire.

Here’s how to fix a tripped circuit breaker:

Before resetting a tripped circuit breaker, take the necessary precautionary measures. Turn off your appliances, switches, or lights on that electrical circuit. The floor and your hands should be dry to avoid shock.

Step 2: Check for Any Circuit Issues

If you reset the tripped breaker to no avail or the circuit breaker trips again, it’s time to troubleshoot. Some potential issues:

To test the circuit breaker box, turn off everything on it. Remove the screws from the frame around the breakers and remove the frame. With the panel exposed, use the 120V multimeter AC voltage to test it.

Attach the black prong to the breaker’s neutral wire and the red one to the hot wire. If the circuit is okay, the reading will be 120V. But if faulty, it will read zero.

How to Replace a Broken Circuit Breaker

You cannot repair a circuit breaker once the fuses are damaged. You must replace it. You can do so by following these steps:

How to Avoid Tripped Breakers

The electrical panel and circuit breakers are vital for the circuitry of every home. If you have circuit breaker issues, leave it to the professionals to handle them. Our experienced, skilled, and licensed electricians are trained to identify the causes of tripped breakers and fix them right away.

Note that any electrical troubleshooting is risky, so the best option is to hire the pros. For more info, call U.S. Electric today!