Things You Should Never Plug Into Power Strips 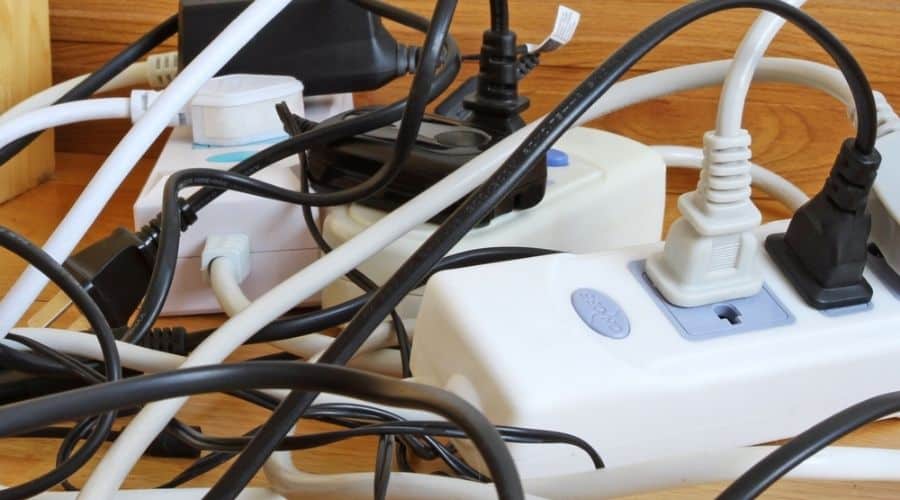 While the power strip gives you access to more plugs and surge protection, it’s not intended for everything. There are some electronic items that you should never plug into a powerstrip. These include large and small appliances along with other standard equipment, such as hair styling tools.

Below, we dive deeper into what you should never plug into a power strip and why it can be dangerous.

Never plug large appliances into a power strip. Plugging large devices that put out continuous power into a powerstrip leads to overloading. They make it unstable and unable to keep up with the equipment.

As a result, the appliance can overheat or burn out and will not work correctly. It’s certainly not ideal for equipment you use all the time.

Some large appliances you should not plug into power strips include:

If you run quite a few small kitchen appliances from your countertops, you might think using a power strip makes sense. After all, your kitchen might only come with so many plugs. However, doing so is not a good idea, especially if those small appliances produce high heat.

Take a coffee maker, for example. When producing a hot beverage, the coffee maker makes a high energy load that a power strip can’t always handle. If you don’t plug it into the wall as intended, the coffee maker’s intense power burst might cause an electrical fire.

The following small appliances have the same effect when plugged into a power strip:

While we’ve listed plenty of appliances you shouldn’t plug into a power strip, there are plenty of other devices to avoid as well.

Extension cords and power strips are meant for individual use. If you plug these cords into one another, you risk starting electrical fires.

Even though hairdressing tools such as hair dryers, flat irons, and curlers aren’t as large as a refrigerator, they require a lot of power to reach maximum heat. Power strips can’t always provide this much power, so it’s much safer to plug them into a wall outlet.

When it comes to plugging appliances or household essentials into power strips, there are some basic rules. Keep in mind some dos and don’ts to keep you safe and your electricity flowing smoothly.

After seeing this list, you might be hesitant to use your power strips. You should know they’re safe to use as long as you understand and follow the product regulations.

If you use your powerstrip to operate multiple devices simultaneously, such as your computer, charger, TV, and alarm clock, give us at U.S. Electric a call. With over 30 years of experience, we can assess the situation. We’ll let you know if you should add more outlets or do any upgrades to your home’s electrical system.